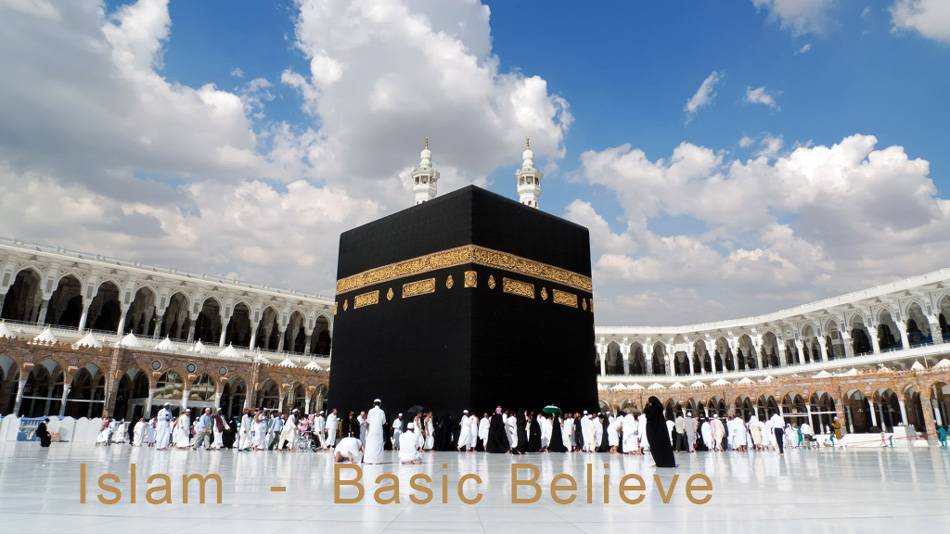 How did Islam begin?

Islam is a monotheistic faith centered around belief in the one God (Allah). In this regard, it shares some beliefs with Judaism and Christianity by tracing its history back to the patriarch Abraham, and ultimately to the first prophet, Adam. All the prophets preached the same universal message of belief in one God and kindness to humanity. The last in the series of prophets, according to Muslims, was Muhammad. Muhammad was born in Mecca, Saudi Arabia around 570 CE. He worked first as a shepherd and then as a merchant. He was not happy with the people around him because of superstitions and social and economic injustice. The people were worshipping many gods and had forgotten the message of prophet Abraham to worship one God. Muhammad loved to pray and meditate in the mountains. On one of those occasions, in the year 610 CE, when he was about 40 years old, he received a revelation from God through the angel Jibril (Gabriel). He continued to receive messages from God throughout his life and he began preaching to others what he had learned. His main message is that there was no other God but Allah and that people should lead their lives in a way that was pleasing to Allah.

How many Muslims are there?

Islam spread quickly first throughout Arabia and surrounding countries and then throughout the world. There are 1.2 billion Muslims in the world with 7 million in the United States. Only about 18% of Muslims are Arabs and live in the Middle East. The countries with the largest Muslim populations are Indonesia and India. There are two basic groups of Islam: the Sunnis (about 80% of the world’s Muslims) and the Shi’ites (about 20% of the world’s Muslims). Although they share the same basic beliefs, they disagree on who was the rightful leader of Islam after Muhammad’s death.

What does Islam mean?

Islam is an Arabic word which means “surrender, submission, commitment and peace.” Thus, Islam can be defined as a path to attain complete peace through voluntary submission to the divine will.

“Allah” is simply the Arabic word for God. He is the same universal God worshipped by people of all faiths. The word “Allah” is sometimes preferred over God because it is neither masculine nor feminine. Also, there is no plural for “Allah.”

What do Muslims believe?

What are the Five Pillars of Islam?

These are guides for daily life for putting the beliefs of Muslims into practice:

What is the final revealed scripture (a sacred text) for Muslims?

Muslims believe that the last revealed scripture sent by God is the Qur’an or Koran. It is the speech of God revealed in the Arabic language to Muhammad during his mission of twenty-three years. The Qur’an was written down by scribes and memorized during the lifetime of Muhammad. The Qur’an emphasizes moral, ethical and spiritual values with the aim of establishing justice for everyone. Many Muslims try to learn to read the Koran in its original language, Arabic. It is not uncommon for Muslims to memorize whole chapters of it. They read part of it every day. The Sunnah is a record of Muhammads words and deeds. The Sunnah is used to help interpret the Koran. There is also instruction in it on belief, worship and behavior.